Dick was a former PBUC supervisor for 19 vears, serving as senior field supervisor for Major League Baseball’s Umpire Developement Program. Dick has umpired and supervised every level of professional baseball. 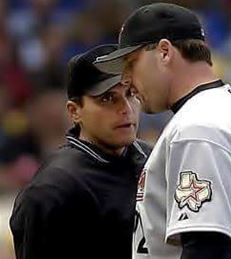 Mike graduated from the JEAPU in 1993. He earned a job in professional baseball at the age of 18. He returned to the Academy as an instructor and has assisted Jim Evans in the production of umpire training for the past 22 years. Though he is no longer active on the professional field, he travels extensively training umpires from very diverse backgrounds including foreign professionals, major college conferences, independent leagues, high school, and youth leagues. Mike worked 6 years in the minor leagues umpiring hundreds of games at each level. He worked numerous All-Star games, playoffs, and league championships in addition to two assignments to the MLB Hall of Fame Game. Mike worked in 9 years over 800 games in the Major Leagues. He was on the field for several historic games. Two of his most memorable were Barry Bonds’ record-tying 70th home run and the historic no-hitter thrown against the NY Yankees by the Houston Astros.