Mission Statement: We are part of the game!

Our mission is to improve the overall quality of officiating throughout amateur baseball, and to provide an international organisation under which local associations and individual umpires can promote professionalism, integrity and a love for the game of baseball.

The Amateur Baseball Umpires’ Association Europe (ABUA-E) shall be a community for all baseball and softball officials with a focus on baseball umpires.

The ABUA-E wants to establish a support network for baseball umpires and other officials throughout Europe.

The ABUA-E wants to establish a communication platform to create a European umpire identity regardless of nationalities.

The task is to promote umpiring around Europe, especially in countries which do not have sufficient support for umpires.

The ABUA-E will assist in providing materials, equipment, and know-how based on the fundamentals of professional teaching.

The association shall create a professional attitude amongst all members on and off the field. 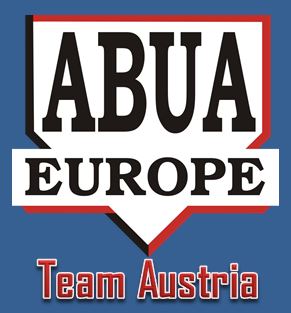 Not one of the flashiest topics when it comes to rules and game management but awarding bases is an extremely important subject to understand and execute perfectly in game situations.
Learn the details, understand where to look, what to focus on so when the time comes, you’ll know “where to put runners”.
Host: MiLB umpire Steven Jaschinski
Please register via this link (if you have registered before, you don’t need to register again):
https://zfrmz.com/cgXgSpWkpf7saEoKbzI9
Call details will be shared before the event.
Read More

Reflecting on the unprecedented times and the impact of COVID-19 on all our lives, ‘Z’ will share insights into his preparation for the shortened professional season last year and the learnings for this coming season.

Get in the mindset! Get in shape!

Please register via this link (if you have registered last year, you don’t need to register again):

Call details will be shared before the event.

Former MiLB umpire Brian Hertzog will share all we need to know about positioning at home plate. Brian is currently working at NCAA baseball and has a wealth of experience.

Known as the person who devised the basic mechanics of the 2-man umpiring system, Sarge is the man behind the core of all umpire systems we are using today.

Join next Thursday for the next session in the British Baseball Federation and ABUA-Europe Umpire Webinar Series for an in-depth view of the multiple umpiring systems. The session starts with details of the 2-man mechanics than explores the connection to 3 and 4-man crew rules, responsibilities and mechanics.

Jim Kirk, CEO of Ump-Attire.com, is the next guest speaker in the Webinar Series.

As the head of the largest and best known online retailer of officials’ products, Jim will bring his expertise with umpire equipment and insights to product developement as well.

Former MLB umpire Dale Scott is the next guest speaker in the Umpire Webinar Series.
Dale is bringing us two subjects for the session: the importance of knowing your position behind the plate and how mentoring can help young or rookie officials to gain confidence, learn about the game and umpiring in general.
Dale Scott on Baseball Reference: https://www.baseball-reference.com/bullpen/Dale_Scott
Please register here: https://zfrmz.com/cgXgSpWkpf7saEoKbzI9
Read More

The ABUA-E board wants to wish you a happy and successful new year, full of exiting games and experiences.

Intentional Base on Balls – New Rule

In most European countries baseball is usually played under the Official Baseball Rules of the last year, that means this year with the version of 2017. The most remarkable change concerns the Intentional Base on Balls rules.

Definition of Terms: A BASE ON BALLS is an award of first base granted to a batter who, during his time at bat, receives four pitches outside the strike zone or following a signal from the defensive team’s manager to the umpire that he intends to intentionally walk the batter. If the manager informs the umpire of this intention, the umpire shall award the batter first base as if the batter had received four pitches outside the strike zone.

My name is Tony Jones and I am a student at Haaga-Helia University of Applied Sciences – Vierumäki. I am in the process of completing my Bachelor’s thesis and my topic is “Recruitment and Retention of Baseball Umpires in Europe.” To assist my thesis, I have produced a questionnaire via Google Forms to survey the situation for baseball umpires in Europe. With this I hope to get a full picture of the baseball umpire scene in Europe. I have also added a link to a separate survey, the Referee Self-Efficacy Scale to measure umpire confidence in carrying out our duties. I kindly ask you to take the time to go through both questionnaires as carefully as possible...